Allegra in the glacier-Hotel Morteratsch, Pontresina

We look forward to welcoming you back to the beautiful Hotel and Restaurant Morteratsch every day until October 23rd. Let yourself be spoiled by a delicacy on the terrace and be infected by the cheerfulness of our Service-Team.

We look forward to you! 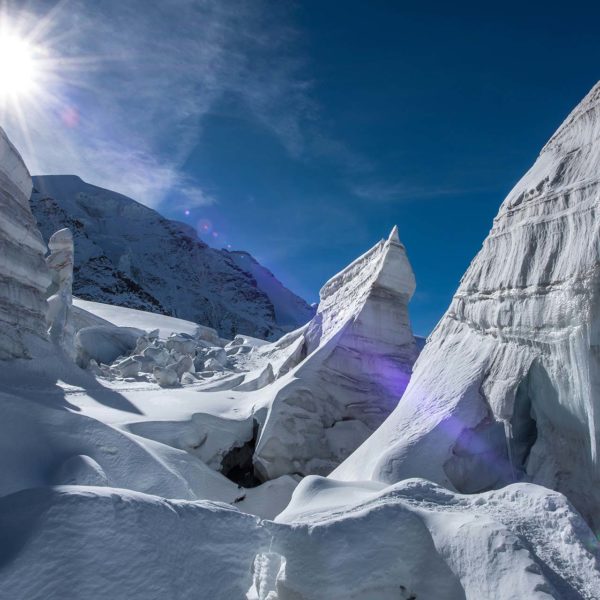 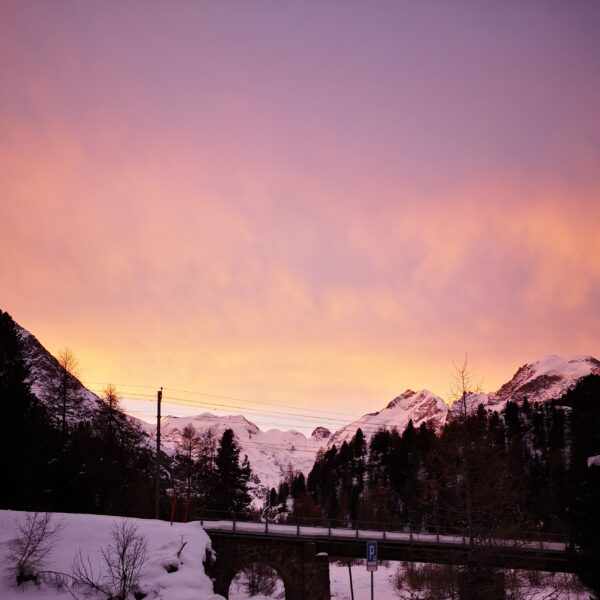 Allegra We have already started the new year at full throttle. How was it for you We would like to take the opportunity to meet you for a turbulent but great … 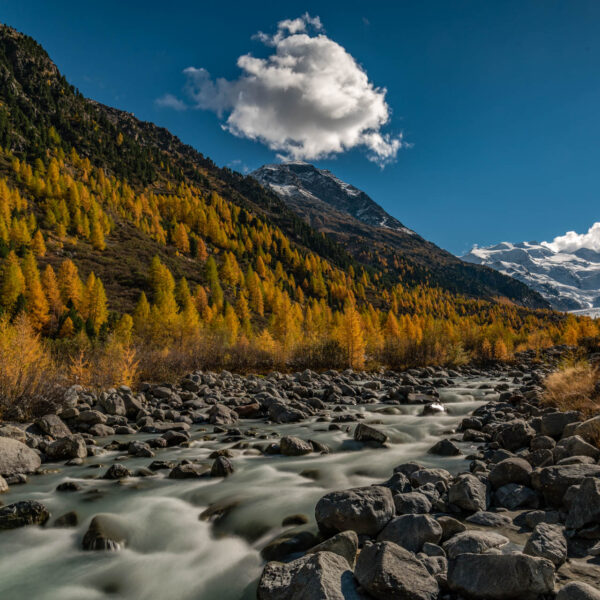 Your advantages in Morteratsch

Right on the glacier

Family friendly and dogs are welcome

Own train station on the UNESCO World Heritage RhB route

Bike trails and climbing garden on the doorstep

* We are in the midst of incredibly beautiful nature – Please understand if the W-Lan does not always work reliably. Thank you!

What others say about us

Incomparably attractive location at the foot of the Morteratsch Glacier and connection to the Rhaetian Railway. Functional rooms. Very good food with fresh, local products. The service mentality from the management to the last employee – is hard to top the guest and his wishes have absolute priority!

»Very nice hotel in a great location in the middle of nature as a starting point for hikes. The train stops in front of the hotel. Very attentive and friendly staff. New rooms with nice bathrooms. Hotel-Bahnkarte with which the Rhaetian Railway and gondola lifts could be used, included. «

“We have never been treated so kindly and courteously. Compliments, it was just fantastic! A tip for all those who only ever travel abroad: There are also great places in Switzerland with friendly people at fair prices and with great cuisine. Hotel Morteratsch is one of the examples of this! «

Origin and career
The legendary Morteratsch

What started with a simple sales booth on the road to Morteratsch in 1875 soon developed under the mountain guide Valentin Kessler into a popular starting point for glacier hikes and mountain tours. After the Bernina Railway was completed in 1910, countless guests from all over the world continued to stop at the Hotel Restaurant Morteratsch.

Many years ago, the young cattle of the village called Aratsch on the Alp, where the colossal Morteratsch-Glacier lies behind Pontresina. He loved the richest farmer's daughter Annetta in Pontresina, but this – a greedy – man cut her off and gave her to the rich owner of the castle above the village. Aratsch went abroad and became a soldier. Aratsch returned as an officer after years; at night he entered Annetta's parents' house, but found his lover lying on the death shrine, surrounded by flowers. He looked silently at the pale face, then stormed off, swung onto his horse, sprinkled to the alp where he had once sheltered and on to the glacier behind it, spurring his faithful animal to the gray jump in a crevasse , Nobody saw him again.

Back then, old Barba Gian was on this alp. Since then he often heard strange fiddling in his hut on quiet nights, as if someone was going from one peg to another and getting the milk, and between them a pitiful, female voice sounded: "Mort Aratsch, Mort Aratsch!" (Aratsch is dead, Aratsch is dead!) – That was Annetta's ghost, who was still tied to that of her lover after her death. Gian let the spirit go, and when he gave up his old age at an old age, he recommended that his successor do the same, because since the spirit has been there the alp has improved, and the cows have given more milk than before, including accidents rarely more a piece of cattle.

But the young Senn was raw and hard-hearted, and when the ghost came back and looked into the milk pens to see if everything was right and in order, everyone left and complained: "Mort Aratsch, Mort Aratsch!" He did one terrible curse and pointed the poor soul out of the hut forever. The Mort Aratsch-Jungfer escaped with painful crying. But from above, the alpine woman heard her angry voice: "Schmaladia saja quaist alp e sia paschüra!" (Damn this alp!)

From one hour on, the glacier advanced visibly from its gorge and quickly covered the alp, the hut and the entire side valley, up to where the Alp Nova now feeds its little grass. Only the Boval- hut, high up on the glacier, and the Isla persa (lost island) in the middle of ice and snow, are reminiscent of the old alp. On quiet nights, however, you can still hear the ringing of the herd bells and the complaint about Aratsch deep down. The glacier still bears the name Morteratsch Glacier to commemorate Aratsch's death. Others tell that the Pontresiner, after the complaint of the young mountain dweller, wanted the capuchin to banish the spirit. Although he had freed the hut from the spirit, it immediately fell into ashes and at the same time the glacier had started to advance.

Valentin Kessler and his wife opened a sales booth for coachmen and guests on Morteratschstrasse, which only led halfway to Pontresina.

Valentin Kessler built and opened a small barrack under the rocks in front of the wooden bridge over the Bernina brook. He lived in Pontresina and was a famous mountain guide. Together with Anton Colani, Christian Klucker and Christian Grass, he conquered Piz Bernina over the Bianco Ridge in winter.

Valentin Kessler built a building for his family and guests at the current location. At the same time, he created a sales kiosk for postcards and souvenirs.

When Valentin Kessler died, his wife from Merano and son Hermann continued the business.

The construction of the Bernina Railway started. The house was also an- and rebuilt. The Hotel Morteratsch was created with a dining room, kitchen, cellar and seven guest rooms. In the glacier, which at that time was only a few hundred meters from the hotel, an ice grotto was created, which was equipped with electrical lighting.

The "Du Glacier" hotel and the various attractions, such as grottoes and bobsled rides from Montebello, attracted many famous guests to –, including Kaiser Wilhelm, the German crown prince.

Ms. Kessler died and her granddaughter Anette Schroth-Kessler took over the business. She led him during World War II. The bad times and inheritance claims from her relatives forced her to give up the business.

Chaspar Arquint from Tarasp bought the company. In early 1969, he expanded the hotel. On the south side of the dining room, a restaurant-Anbau was built and the hotel was given an additional floor with modern guest rooms.

Hans Bertschinger took over the business and ran it as a hotel and inn. The expansion of the infrastructure such as source collection, groundwater supply, sewerage and other were created and expanded by him.

Hotel Morteratsch AG, a company made up of local business people from the Engadine, bought the property. A total Um- and expansion was carried out. The entire area of the kitchen and restoration has been remodeled. Three restaurants, a new kitchen and pantries were created. The work processes were greatly simplified. In an annex, toilet facilities were built on the ground floor as well as a room wing. The terrace area was redesigned and the entire building was given a modern look. In the course of the renovation work, the entire property was connected to the sewerage network of the municipality of Pontresina with a four-kilometer-long line.

The Hotel Morteratsch has been completely renovated.